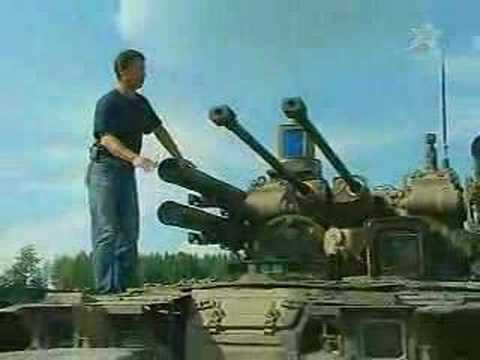 00:09:15
Просмотры: 7 | Добавил: Hamul
Описание материала:
Presented during the Ural Expo Mars 2000 in Nizim Tagile, BMPT (Object 199), was constructed in Ural Transport Machine Construction Bureau (UKBTM). The prototype was developed as the own initial of UKBTM and uses the T-72/90 tank chassis. The purpose of the vehicle differs from the Achzarit and BTR-T transporters. The task of BMPT (in the constructors' assumption) is not safe transport of infantries in the terrain threatened by direct enemy anti-tank fire or in areas where operations of typical infantry transport mediums are impeded (urban area, mountains). It is meant to provide fire support to the tanks. The experience gained from post War II conflicts showed, that the tank crews are forced to locate and engage too many types of targets -- not only other tanks and armored vehicles, but also light field fortification, fire position, even single soldiers armed with light anti-tank weapons. All these have a negative influence to the accomplishment of the major task -- engage enemy tanks and fortification. BMPT vehicles, moving along with the tanks, are to combat secondary targets like IFVs, armored transporters, infantries and other weapons that could post threats to the tanks -- and therefore it is named: Tank assistance combat vehicle. The common position in combat grouping with tanks forces the BMPT to be protected by equivalent armor. Its front and side armors are comparable with T-90's, but the most exposed parts -- the front of the chassis and the turret is additionally protected by integral ERA panels. The wheels and sides of the chassis are covered by screens with ERA and the rear with grids which causes cumulative warheads to explode. The armor of BMPT is probably heavier that the base tank, as it weight 47 tons (T-90S -- 46.5t). The vehicle is as mobile as T-90S, similar to the newest series of tanks it is powered by W-92S2 diesel engine developing 736kW/1000hp. This is an engine from the W-46 family, in which air intake system, fuel installation, pistons are modified and turbo-charge is installed. The crew is 5 people. In the Turret sits the commander and gunner, in the chassis -- the driver and 2 shooters, the last are sited on both sides of the driver. All crew members have their individual hatches. Instead of standard turret, BMPT obtained a low profiled, welded turret with externally installed weapons which include: stabilized in 2 planes 2A42 30mm automatic cannon with large lifting angle, AGS-30 automatic 30mm grenade launcher. Additionally, on the turret a remotely controlled PKTM 7.62mm automatic machine gun is mounted. The turret is also equipped with 4 9M133 Kornet laser guided anti-tank missiles, which are located in a armored container on the left side of the turret. The commander and gunner (whose duties are fully exchangeable) have the same PNK day-night gunsight integrated in the digital fire control system aided by the DWE-BS meteorological sensor. Laser warners which co-operates with 12 smoke grades are also installed on the turret . On the track covers of the Object 199 prototype, AGS-30 automatic grenade launchers controlled by the shooters are installed in armor containers (they can be replaced by PKTM automatic machineguns). The shooters are equipped with rotatable observation turrets with Agat-MR aiming equipments and periscopes.
Язык: Русский
Длительность материала: 00:09:15
Автор: 01e9
Всего комментариев: 1 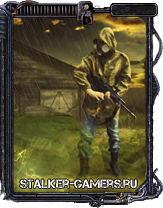